The Risk of Running with Unregistered Brokers and Finders 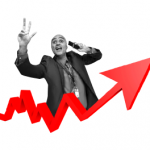 Parker Morrill, an associate attorney at Venable LLP  who specializes in securities and corporate law says that the Securities Exchange Commission (SEC) defines a “broker “in the Securities Exchange Act of 1934, as any person engaged in the business of effecting transactions in securities for the accounts of others.  According to Morrill, a finder is not defined in the securities laws.  It’s left to common usage as somebody who goes out, finds people, and puts people together for transactions.

Alexander Davie, an attorney at Riggs Davie PLC, says that whether a finder or broker is placed under regulations by securities law depends on whether transaction is structured as an asset sale or stock sale.

“If the transaction is structured as an asset sale, then the broker’s activity is not regulated by securities law.  Sales of assets are not considered securities transactions.  Many but not all states have business broker licensing regimes and that really varies significantly from state to state.  Even in states that do regulate business brokers, the licensing and regulation is pretty light compared to the securities world,” Davie says.

Davie says when you get into the realm of when a transaction is structured as a stock sale, or the sale of membership interests in the case of an LLC, licensing gets a lot more complicated for all of the parties involved.  Davie says this situation brings the sale under U.S. Securities Regulation.

“If the company is structured as a corporation for instance, any stock sale is a security sale, regardless.  With an LLC, a detailed factual analysis needs to be done in order to determine if it is a securities sale or not,” Davie says.

Both Amanda Jester, partner at Waller Law, and Davie say that although people can elect to use a broker of their choice at their own free will, there is substantial risk that comes with going with a broker that is unlicensed when dealing with a securities transaction.

Jester says both parties generally ask for a representation from the other that they have not engaged a broker, or if they have, requiring they identify the broker and take responsibility for all fees of the broker associated with the transaction.

According to Davie, what could happen is that if the buyer of the business turns out to be unsatisfied with the sale, they can sue and seek rescission of the deal, and they can use the fact that an unlicensed securities broker was used as a basis to obtain that rescission.

According to Davie, in the past there was an attempt to blur the lines between a finder and a broker through the “Finders Exemption.”  The SEC took relatively lenient positions in “no action” letters on certain activities where the broker took very little part in the actual transaction.  But since then, the SEC has withdrawn those no action letters.  They are no longer in effect and have been completely disclaimed.  The SEC has taken a hard position that payment any transaction-based compensation pretty much puts you in the securities broker realm.

“There is still a very limited finders exemption.  For instance, if I sold you my rolodex for a fee and said ‘here, I’m going to sell you a list of 100 names, you go call them.’ You pay me for that list and it’s not contingent on whether the deal ever closes….that’s left but it is so limited.  The person has to take such a minor part in the transaction and the payment definitely can’t be contingent or based on how much money is raised,” Davie says.

Morrill says if you have someone who is acting in the capacity of a finder, and is not registered as a broker, then, yes, it is true that they have a very limited list of things that they can engage in with the deal.

“There isn’t really a clear list of things they can do; basically, you are saying that they can’t be a broker.  The line between a broker and a finder is really a facts and circumstances analysis.  If you look through case law and the “no action letters” that the SEC has put out, then there is really not a lot left over after they define what a broker does.  A broker would be participating in discussions and negotiations, structuring the transactions; a broker is someone who would receive a commission for helping with the transaction,” Morrill says.

“What’s left over is the finder.  Typically, what they would do is make introductions and have some very limited involvement in the back and forth of some documentation or things like that.  The more involved the finder gets after they make the initial introduction, the more of risk that is run of a finder becoming an unregistered broker in the transaction.”

Morrill says it is very easy for someone to make this mistake as a finder because it is hard put the introduction work in and walk away from the transaction.

According to Jester, generally, registration as a broker is required when the transaction involves the purchase or sale of a security.  However, there are many exceptions with regard to registration, she says.

“Generally, the less involved an individual is in the negotiation and structuring of a transaction, the less likely it is that the SEC will require registration.  Also note that the Division of Trading and Markets of the SEC issued a “no action letter” which essentially provided that under certain conditions, M&A Brokers and Advisors who receive transaction-based compensation with regard to privately held companies are not required to be registered.  Finally, keep in mind that state registration laws may also apply,” Jester says.

Davie says the problem with these letters is that every state has its own securities law.

“You might not be a broker under Federal law but you might be a broker under State law, so then you’d have to deal with that and try to find an exemption.  Pretty much anytime you are dealing with the sale of equity; it gets very complicated and is very difficult for the person collecting the commission to not be a broker,” Davie says.

“If you are in need of security, then for someone to be collecting a commission, “consulting fee,” or “success fee” on the sale of that, if the payment varies on depending if the sale goes through, or the payment is in proportion to the size of the sale, then it’s considered transaction based compensation, which is the term the SEC uses.  This means that as a general rule, the broker must be registered as a securities broker.”

Morrill believes that sophisticated parties have become more wary of this in recent years because of SEC enforcement actions, such as the Ranieri case in March 2013.

“The company wants to raise money, or they want to sell their business.  The first thing they do, is they look to the people around them, and the people around them most likely aren’t registered brokers, but they know people who might be interested in investing or buying a business and they just bowl forward without thinking about the issue,” Morrill warns.