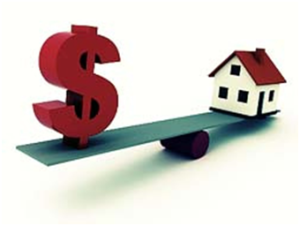 Reasons behind business altering actions are important.  This especially holds true in the situation where a physician owner is considering selling all or part of their business to a potential buyer.  The Ambulatory M&A Advisor has examined some of the key drivers for sale when physicians decide sell their business; as well as some of the benefits that could occur aside from the expected monetary gains in a sale.

Jimmy W. Burnett, managing director, business unit leader for physicians enterprise solutions for Navigant Consulting says right off of the bat that one of the biggest drivers for selling a business or joint venturing is still the age old issue of access to capital.

“We generally see two driving forces behind a physician-owner’s desire to sell their practice. The increased complexity of running a practice due to either the management bandwidth required or due to the regulatory requirements pushes many to focus on just the clinical side of medicine or to get out altogether,” Bill Miller, CEO of CRH Healthcare says.

“The other reason many want to sell is to monetize (think estate planning) their hard work over many years. As obvious as the latter point is, many do not consider that their wealth may be tied up in this one business and we all know the many risks associated with the ever-changing healthcare industry.”

Burnett adds that another reason to sell closely ties in with the monetization aspect of the sale, and that is access to managed care contracts.

“Just being that small niched player in the market certainly will not get you the kind of rates that you want to get for managed care.  Managed care continues to contract those dollars so it continues to become more important to be attached to somebody that can get you access to those managed care dollars,” Burnett says.

Mike Segal, a partner with the Florida law firm of Broad and Cassel, says that with physician owners, most of the business is coming from their patients.  Segal says in the case of a joint venture, people buying the business don’t normally want to buy the whole thing because they can’t be assured that they are going to get the previous owners’ business anymore.  Therefore, Segal says a joint venture could be a driver where, if desired, the owner could continue to have a part of the company without violating Stark and other healthcare laws.

“In the case with hospitals, historically, if you are getting physician ambulatory surgical center rates with Medicare and managed care contracts and you sell majority control to a hospital, suddenly you are getting hospital rates, which are generally 30 to 40 percent higher than yours,” Segal says.

“In that circumstance, even if you sell 51 percent of the business, with the increase in rates your annual revenue may come down very little.  For that reason, sales to hospitals have been pretty common.  However, it’s possible that may change.  There is a bill proposed in Congress that would reduce hospital rates for off-campus sites to the same as physician rates, subject to a grandfathering provision for current arrangements.”

Burnett says another reason that people are driven to sell in the past has had to do with age.  However, he says the industry has seen a lot of the retiring physicians already come and gone.

“I think some of the last ones that are holding out had really good reasons.  They want to try and stay independent and again, because of managed care being squeezed into the network and them being forced out of the network because they are not participating.  Technology is another factor that requires a large capital investment for the independent physician,” he says.

When discussing motivation to sell where a partnership is in the deal, Miller explains that a physician may consider selling their practice while retaining a minority interest if they think there is likely to be another, more valuable “bite of the apple” in the future with their new partner.

“If the new partner’s plan is one a seller believes in and is wiling to “invest” in, then this is a viable option to getting much more for the practice over time. One word of caution to this strategy is that, as a minority, the physician will have little to no control over the future direction and decision,” Miller says.

Burnett adds that to some physicians who don’t want to worry about Stark regulations and OIG regulations sell out in order to not have to deal with those issues.  Burnett says some who understand the business and have a creative partner in a healthcare system, are not opposed to some kind of minority ownership as the physician.  This is a driver for both sides of a deal.

“It keeps that physician really engaged.  I think physicians never really want the whole pie.  I think they are interested in having a piece of the pie and having a say so in the management of their operations after they sell out.”

Questions Before the Leap:

“If a physician is considering selling their practice, some of the questions they may consider are how is the business performing relative to peers? Is the business in a condition to sell, including financial records, clinical compliance and patient records? Do I need an advisor to consider a sale and to execute a sale? What is the practice reasonably worth and will I actually sell for that price? Am I ready to turnover the reins and walkaway from the business and staff?” Miller says.

Segal adds that in the context of considering selling to a hospital, the seller wants to make sure that the hospital supports their contracts or that they will be able to keep their contracts.

“I recently had a deal where we were talking about selling to a hospital but the hospital itself is at war with several of the managed care companies and we determined we would be out of network for about 40 percent of those matters.  It became a life issue over how many places you want to drive to do your surgeries, and then we started to get concerned about the financial information we were getting from the hospital, and ultimately we canned the deal for those reasons,” Segal says.

“Of course, you need to know to what extent you are willing to give up power if entering a joint venture.  They will let you be involved in having a veto power or having to agree to certain major things, but other than that, you are going to travel to their drum.  You have got to make sure that is what you really want.”

Burnett stresses the importance of a potential seller thinking back and asking themselves why is it they are really looking to sell.  He says it is important to ask themselveshow long they want to stay in the business, and what they are ultimately trying to accomplish.Burnett says the answers to these questions can come in the form of good counsel.

“This is where a good consulting firm can come in with trying to help make that decision.  There are also plenty of law firms that have a healthcare division that can help answer their top questions and help direct them in making that decision.”