Tips for IRS Audits: Be prepared 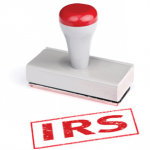 Everybody has the uneasy feeling that the IRS will one day send that notification that they or their company have been selected to be audited.  Though this may be a daunting experience, lawyers and Certified Public Accountants give some tips for IRS audits on medical businesses.  They discuss why the IRS would want to look into a healthcare business, and how to deal with the resolution of an audit.

“Audits by both the IRS as well as state revenue departments are part of the regular enforcement process of our tax system that is grounded in voluntary compliance.  Taxpayers are expected to know the law and calculate what they owe,” Christopher J. Sullivan, partner, Treasurer of law firm Rath, Young & Pignatelli says.

Lucy Carter, CPA, member with Kraft CPAs PLLC gives an example of a situation where a  medical practice was audited last year due to lack of attention to depreciation schedules.

“Unfortunately people typically don’t pay a lot of attention to their depreciation schedules.  They put equipment on their return and it gets fully depreciated or expensed, but never comes off.

We had a client that did a mass disposition of all of the assets that had been on there forever, like computers bought back in 1985.  They were audited and the IRS wanted to look at that,” Carter says.

Carter adds that anytime a practice has anything that falls out of the norm, they could be a target since the IRS tracks returns from year to year.

“Anytime something goes way up or way down, that can push you up in the selection process,” Carter says.

David C. Gair, tax attorney, shareholder with Gray, Reed & McGraw PC says that in the case of IRS inquiries, there are two reasons for the inquiry that seem to be common with physicians.

The first instance is a straight income tax audit where the business may have been picked up for a variety of reasons.

Gair adds that the IRS has a computer system that assists in flagging companies based on expenses ranging above a certain percentage of a business’ gross receipts.

Sullivan says that although audits are part of the civil process, taxpayers have to be very attuned to issues that could involve criminal conduct.

Gair concurs and adds that criminal circumstances are the other reason for inquiries; and a reason he sees a lot more of in present time.  He says that these inquiries are actually a pretty dangerous situation for doctors and healthcare companies.  Gair says that these inquiries come into play when a business doesn’t pay their payroll taxes or, they leave the job to somebody else, like a business manager, and the business manager is embezzling from them.

“The easiest way for a business manager to embezzle from the business is to take the money that is supposed to go to the IRS and just not pay it over.  Employment taxes are a pretty dangerous thing because, not only is it a lot of money, but the IRS can come back and get the doctors personally for the liability that is associated with that,” Gair says.

“On the employment tax side, the government has got to figure out who the responsible people are in the practice.  If you are an officer, or director of the company and you have the check signing authority, you are probably going to be responsible.”

Gair says during these inquiries, the practitioner has got to show that they weren’t willful; basically meaning that they did not know what was going on.  At this point the physician would make arguments that they were being embezzled from and the person doing it did it in such a way that there was no way the owner could have easily found that out.

“One of the main issues is who has the ability to make financial decisions for the company.  One thing that doctors get themselves mixed up with is that they actually will have control, but they will seed it all over to somebody else and they will just ignore what the person is doing and not check what they are doing,” Gair says.

“That can lead to a situation where the IRS can say the physician is “Willfully Blind.”  It is important for the physician to make sure that they have some checks and balances.  They may have that office manager that does the books, but they will want to have checkbook signing authority only done through them so that they will know what the money is going through and ensuring that they are authorizing all correct debits for the company.”

Getting a Notice and What to do Next

Carter says that one of the things to know about is the IRS will always send a letter; they will never send an email.

“It is important to know that the IRS does not send emails and say “Your return has been chosen and we think you owe taxes.”  Never respond to those emails.  They are not from the IRS,” Carter says.

“My advice is not to handle this yourself, ever.  When you get that letter, send that to your CPA, give them power of attorney and let them be the one to coordinate the examination with the IRS.”

Carter says the number one thing to do is ensure cooperation with a CPA because they are going to be asking for documents.

“You need to provide those documents promptly so that the CPA can review them and put them in order,” Carter says.

“Let’s say the IRS is looking at bank statements and a reconciliation of revenue.  You want to be able to give that IRS agent exactly what they need reconciled so that they can check that block and move on.  If they want to look at entertainment, if they want to look at medical supplies, the practice is going to need to provide the documentation to the CPA promptly and in good order so that they can pass that information along to the IRS agent in good order.”

Gair says in the best of all worlds, when the physician first get the notice from the IRS, the physician would go to their attorney counsel.  The IRS always wants to interview people.  A lawyer’s first hope would be that they can get the IRS to not interview their client, Gair says.

If that move is unsuccessful, the lawyer wants to prepare the client as best possible so that they know what to expect.  This means knowing what the law is, know what the facts are, and preparing them as best as possible for the interview.

“The way that audits work is that an auditor will come in and want to have an initial meeting to get a feel for what the practice does.  They will then send out a series of Information Document Requests (IDRs).  Those IDRs will weigh out exactly what the government wants.  They usually will always want the profit and loss statement, balance sheet, general ledger, bank statements,” Gair says adding that from there they will go through line items to determine what is specifically audited.

Sullivan adds that audits can range from desk audits that focus on a particular line on a return to full blown field audits with a revenue agent or auditor on site for weeks.

“The primary job of the practitioner is to integrate the words and the numbers to substantiate the positions taken on the return,” Sullivan says.

Carter says that most physician practices, probably 99.9 percent, report their income on the cash basis.

“They are reporting income as they collect it; which should obviously agree with bank deposits but also should agree with your practice management reports,” Carter says.

She emphasizes that these reports are something to look at every year, and actually on a monthly basis to make sure that what is being posted to the practice management system as collections, agrees with the deposits that are going to the bank.

“That’s important not only from a tax standpoint, but also from internal control, making sure that someone is not sticking that money in their pocket,” Carter says.

Should these precautions fail to work and a business receives a letter from the IRS indicating an audit, Carter has reassuring words for owners.

“Really, all of the IRS agents that we have worked with for the most part are wanting to be able to clear the item from their list and move on.  They are not there as sleuths trying to cause problems and find issues,” Carter says.