Urgent Care Centers have been around since 1970s. Physicians wanted practices with extended hours that focused on acute but non-emergent care. Originally referred to as a “doc-in-a-box,” the use of urgent care centers declined in the 1980s. However, over the last two decades, the urgent care market has boomed. Now, they are growing more in popularity, availability, convenience and quality. With more physicians, companies and hospitals investing in urgent care centers, that high-quality level of care is becoming available to more people. According to the Urgent Care Association of America, more than 9,000 urgent care clinics are dispersed throughout the United States, with more opening up every day. But like all business, they had to start somewhere. The Top 15 Urgent Care Influencers list details the hard work of the founders, CEOs and managers of this booming industry from its beginning to the present. 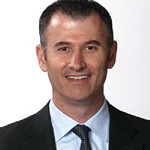 Frank Alderman, M.D., is responsible for the execution of MedExpress Urgent Care’s strategic plan, expansion oversight, executive direction, P/L management and regulatory and legal compliance. He is a member of the American Medical Association and the American College of Emergency Physicians. He has a bachelor’s degree in pharmacy and a medical degree from West Virginia University (WVU). He completed his residency at WVU and is board certified in emergency medicine. 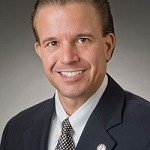 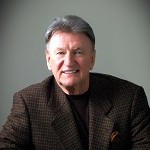 Bruce Irwin, M.D., opened his first clinic in Hoover, AL in 1982 after seeing a need for an alternative to the physician office and the emergency room. The clinics are designed, equipped and staffed to provide accessible primary care, urgent care, minor emergency treatment and occupational medicine. Throughout the past 30 years, American Family Care (AFC) has treated more than 10 million patients. The company’s model of “putting the patient first” has made it an overwhelming success.

American Family Care also offers specialty clinics: WeighToLive and U-Save at many of its locations. AFC grew aggresively with the acquisition of Doctors Express in 2013, the largest national urgent care franchise. With Doctors Express, AFC became the second largest privately owned urgent care operator in the country. By the end of 2014, AFC/ Doctors Express will operate over 160 facilities in 26 states, providing care to over a million patients. 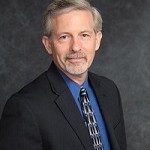 John Koehler, M.D., has had the drive and commitment to deliver urgent care services to fuel his company’s growth since 1987. More than 20 clinics in Illinois, Nebraska and Oklahoma serve 300,000 patients annually. During his career, Koehler has continually demonstrated his passion for expanding patient access to urgent care and raising the level of the profession. He is the co-founder of the Urgent Care Association of American, serves on the Physicians Immediate Care Board of Directors and has established several other organizations focused on urgent care medicine. 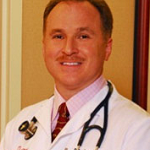 Lamelas is a long standing member of America College of Emergency Physicians, Florida Medical Association, Urgent Care Association of America, Urgent Care College of Physicians, and editorial board of the Journal of Urgent Care Medicine. He received a gubernatorial appointment from Florida Governor Jeb Bush to serve as one of the twelve doctors on the State of Florida Board of Medicine in 2001, and has served as Chairman of the Rules and Legislative Committee, Chairman of the Quality Assurance Committee. 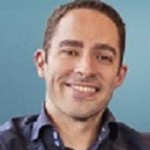 Eric McDonald started developing the idea of DocuTAP in his basement in 1999, working one-on-one with physician consultants for several years. In 2000, McDonald officially started DocuTAP as a company with the help of angel investors. He currently guides sales and product development, setting the vision for the software design and the company’s direction. DocuTAP is a proud partner to more than 800 urgent care clinics throughout the world. 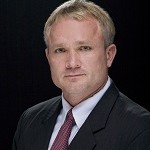 Dr. Tim Reynolds is the managing partner of HealthCARE Express, with multiple urgent care and occupational medicine centers located throughout five states. Prior to starting HealthCARE Express in 2006, Reynolds held numerous positions across the medical field including: medical director of a busy level II trauma center, president of E-Med Services, LLP and of E-Med Billing Solutions, LLP and associate clinical professor for the Area Health Education Center at the University of Arkansas. He was also a founding member of the Greater People’s Clinic of Texarkana for which he won the distinguished Wilbur Award for community service. Reynolds has served on numerous other committees and boards throughout both the medical and business communities and his work has appeared in many journals and other publications. He is a highly sought-after presenter at many national conferences. 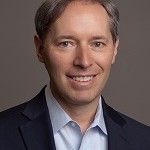 Currently, he is the secretary of the Board of Directors for the Urgent Care Association of America (UCAOA) and is the chair for the UCAOA Education Committee. He is also the member of the board for a multi-site rehabilitation company, the Baton Rouge Primary Care Collaborative and a member of the Medical Group Management Association. 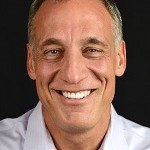 Dr. John Shufeldt founded NextCare Inc. in 1993, as well as numerous other health and non-health care businesses. Until 2010, he served as NextCare’s Chief Executive Officer and Chairman of the Board. Under his leadership, NextCare grew from a single clinic to 58 clinics in six states.

In 2010, John left NextCare and founded MeMD, LLC. Currently, MeMD’s SAS model is used by more than 200 providers in 50 states to virtually treat patients on-demand, without requiring them to leave their residence or place at work. He also founded Urgent Care Integrated Network and G integrated delivery model to improve care, efficiency and contracting activities of currently more than 800 urgent care centers across the U.S. He is on the advisory board for the Journal of Urgent Care Medicine and is a founding member of the Urgent Care Association Foundation Board. He also served as the Editor-in-Chief of Urgent Care Alert.

Richard Sowers, M.D., has a vision to provide access to quality medical care as conveniently and as cost-effectively as possible for the patient. In 2011, he opened his first urgent care center. Back then, it was called Commonwealth Emergicenter. The named was later changed to Patient First. During the last 33 years, Sowers has steadily been expanding his number of urgent care centers. He even took on the daunting task of opening six new centers in one year. By the end of 2011, Sowers operated 37 Patient First centers throughout Virginia, Maryland and Pennslyvania. Patient First provides services in primary care physicians, occupational health, x-rays, lab testing and more. There are currently 55 Patient First centers in the Mid-Atlantic region.

Practice Velocity is a software and billing services company that serves urgent care centers and occupational medicine clinics. The company grew out of the work David Stern, M.D., did as a physician, owner and billing administrator at Physicians Immediate Care (PIC), and operates 20 urgent care centers in Illinois, Oklahoma and Nebraska. PIC underwent a transaction in 2012 with LLR Partners and Wellpoint, INC., in which Dr. Stern fully divested in his interest in PIC.

He served on the founding Board of the Urgent Care Association of America, which awarded him the Lifetime Membership Award for his service. He was named as “One of the 20 People to Know in 2011” by the Rockford Area Chamber of Commerce. Stern speaks frequently at medical conferences and writes a monthly column in the Journal of Urgent Care Medicine. 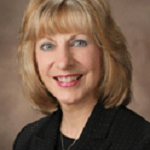 Laurel Stoimenoff, P.T., is a medical executive with over 30 years of hospital and ambulatory care management experience. In late 2010, Stoimenoff partnered with a former business colleague and established Continuum Health Solutions, LLC. Its purpose is to support the urgent care and ambulatory care industries. Continuum is focused on growth, operations and new business ventures. Clients include large and small hospital, healthcare organizations, physician groups and private equity.

Stoimenoff was elected to the Urgent Care Association of America (UCAOA) Board of Directors in 2009. She is serving her second term as Vice president, while also serving as chair of the Health & Public Policy and Nominating Committees and co-chair of Accreditation & Certification. She is also a member of the editorial board of the Journal of Urgent Care Medicine (JUCM). 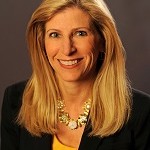 Pam Sullivan, M.D., is a well-known emergency medicine physician who has practiced at Rochester General Hospital and Highland Hospital since 1993. She is board certified in internal medicine and certified in pediatric advance life support, advance trauma life support and advance cardiac life support.

She is a Fellow of the American College of Physicians and serves as a council member and as a chair of the membership committee of the New York ACP. She is also a member of the Board of Directors for the Urgent Care Association of America. She served an internship and residency in primary care internal medicine at the University of Rochester School of Medicine and Dentistry. While employed there, she held the academic status of senior instructor of clinical emergency medicine.

Bernard Swift, M.D., started Texas MedClinic in 1982. In 1976, he graduated from the College of Osteopathic Medicine and Surgery in Des Moines, Iowa. He completed his postgraduate training at Brook Army Medical Center in San Antonio in 1977, and received his Masters degree of Public Health from the University of Texas Health Science Center in Houston. Swift serves as a Medical Review Officer, volunteers his time with many community organizations and oversees the growth of Texas MedClinic.

It is not quite easy to receive funds through other external resources, generally to deal with health care needs. Very pops penicillin antibiotics that fights bacteria. These drugs does not treat a viral infection like a common cold. Kamagra is a cost effective remedy for helping men to sustain an erection. What about online cialis and cialis online? When you order medications like Kamagra you have to know about how to buy cialis safely. Other matter we are going to is undefined. Like many other medicines, Kamagra is also secret according of it’s active ingredient. Keep reading for a list of medicines that may cause soundness problems and what you can do to prevent probable side effects. The most common perhaps serious side effects of such medications like Kamagra is back pain. This is not a complete list of feasible side effects and others may occur. Internet is a unimprovable way to find a physician in your area who treats this kind of dysfunction.