As in many aspects of the healthcare industry, the radiation oncology space is seeing its fair share of acquisitions this year. It is becoming more and more common to see centers looking to diversify and become “super-group” oncology centers.

Reasons for and effectiveness of diversifying can range from market to market, but for the most part, it has become a way for certain centers to remain independent. Depending on the goals of an owner or owners, this trend could prove successful in increasing revenue. 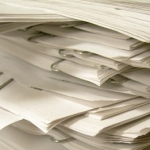 Consolidation is a factor across the board in the healthcare industry. With the uncertainty of the past several years coming to a head, tightening cuts is the current goal for many, according to Vice President of Business Development at Alliance HealthCare Services, Joshua Eaves.

“The biggest thing that we’re seeing is physicians are much more open to accepting that the future is not as bright as the past has been,” Eaves said. “Many are looking for a liquidity event, or to find a partner that can navigate them through this turbulent business climate.”

Gary Gertler, partner at McDermott, Will & Emery in Los Angeles, notes that a number of players out there sought to make acquisitions last year via different specialties. This was a result of the government’s actions in cutting reimbursement for radiation oncology.

“In 2013, you saw a substantial increase in the number of block-center leases or shared center arrangements,” he said. “That’s been a huge growth area over the last year or two, when under-utilized radiation oncology centers would block lease space out to larger groups that have their own self-referred patient base.”

Diversifying into other specialties can create a deeper referral base and has the potential to increase revenue for certain centers.

“Free-standing radiation centers are going to be forced to continue to drive growth in their existing market and to try to manage what are high-fixed costs,” says Mark Ahern, Chief Development Officer at Vantage Oncology. “We try to help our partners diversify out of single-specialty into more of a multispecialty center. That has allowed us to expand our network beyond not only radiation oncologists, but affiliated medical oncologists, urologists and surgical specialists.”

With cuts to reimbursement to radiation oncology centers likely to continue, it is probable that certain trends geared toward cutting costs will continue as well, if not increase.

“The movement toward bundled payments also is motivating radiation oncologists to think about how they better align and integrate their services with other components of the health system to look at things from a systemic perspective, to create an oncology system rather than just a freestanding radiation oncology center,” said Michael Blau, partner at Foley & Lardner, LLP, a firm with multiple offices worldwide.

Creating that type of system can be done via different avenues. One might be to find the right hospital partner.

“Our strategy is to pursue both a multispecialty approach with community-based specialists and to try to align with the right hospital system to create more of a consolidated, multi-disciplinary program,” Ahern said.

“We’ve seen an up-kick in acquisition, affiliation and joint ventures both between radiation oncology centers and hospitals, but also with the practice management companies,” notes Blau. “We’ve seen an increased amount of activity both in terms of radiation oncology centers becoming interested in having those transactional discussions, so there’s more deals being discussed and negotiated and more deals happening.”

According to Eaves, the key to success in the hospital joint venture realm will be striking the right deal.

“Look to be able to structure a deal where a center can protect itself on the payments and on the contracts side in a deal with a hospital,” he said. “The center can still get a good market valuation and get underneath the hospital. Then also on the insurance contracts, they can get someone much larger who can fight harder for their rates and probably be much more attractive than they were free-standing. I think this next year will be a good time for a lot of people to make that move.”

Reasons for diversifying into different specialties will vary between markets, and Ahern feels that those will be the deciding factors when it comes to what type of situation should be pursued.

“I think once the owners of a freestanding radiation center realize that their growth opportunities have declined, they’re going to look for a business partner, but they need to consider diversifying into a multidisciplinary approach,” he said. “If they feel that those trends are impacting their ability to reinvest in their center, it’s probably time to look for a partner.”

According to Blau, those centers seeking success going forward via these different avenues need to be both “risk ready and care ready.”

“Those radiation oncology centers that can do both of those things—provide a new patient focused value proposition—plus get to critical mass, will position themselves best for the future,” he said. “Within that there are strategies or tactics that are really designed for organizations that want to remain independent or align with a capital partner. For those that want to remain independent, they can form super-groups or Super-IPAs of other radiation oncology centers or combine as a super-group with other oncologists to create a large multispecialty group. But they need to remain focused on these two parameters of scale and value.”

One factor will most likely remain dominant as the year unfolds, namely what moves the government decides to make.

“You have to go either one of two ways: you’re running toward the hospital to take advantage of the amount of people on staff they have and carving your area of the market, or you’re running toward the vertically-integrated models,” Eaves said. “I can see why they’re very attractive, but at the same time the governments hasn’t been very secretive about what they want to do to that model.”

One Federal law that is currently under consideration is HR 2914 – Promoting Integrity in Medicare Act of 2013. Under it, the idea of having multi-specialty groups or centers in order to increase a referral base would be threatened.

According to Gertler, the law was introduced by Congresswoman Jackie Speier and would change the definition of the in-office ancillary services exception to the Stark Law to exclude certain ancillary services, including radiation therapy, from the exception. This legislation would effectively halt the ownership and operation of radiation oncology centers by medical groups, other than by single specialty radiation oncology groups, because self-referred patients for radiation therapy would be illegal.

“No one currently believes this legislation will pass, but then again more than 20 years ago Ms. Speier successfully championed much broader self-referral legislation in California,” Gertler said. “This proposed legislation has in any event put a chilling effect on some types of radiation therapy deals so far in 2014.”

Furthermore, there are rumors suggesting that the government may move to make additional Medicare reimbursement cuts to radiation therapy by this fall.

The types of alliances occurring as a result of everything going on in the radiation oncology space hold their own level of interest to many, as they are such that have not really been prevalent in the past.

“There are some very interesting transactions occurring on a regional basis with regional cancer collaboratives among multiple providers, including hospitals, sometimes from what would otherwise be competing health systems, trying to get together to organize an oncology system of care,” Blau said. “That system would include the radiation therapy centers and radiation oncologists as part of a broader collaborative serving multiple hospitals on a region-wide or state-wide basis.”

According to Gertler, success for radiation oncology centers hinge on a center’s ability to ride the winds of change.

“What’s great about healthcare is that it’s constantly changing,” he said. “There’s always one or more of these healthcare segments or sectors that’s going gangbuster, while the others are sort of retrenching. All ancillary service sectors have cycles, and I think we are in a cycle right now where the buying of individual radiation oncology centers is going to be sluggish, and we are likely going to see a further consolidation by some of the larger players in the radiation oncology sector instead.”

All in all, as long as an owner can identify his or her goals along with how those goals fit into the future market and climate, a balance can be found.

“The free-standing providers are still out there,” Eaves said. “You get size, but you also get exposure from continued cuts. You need to do that balancing act of where do you see the future going and how you align yourself with that future. A center that is not considering consolidation is probably a few steps away from being squeezed out of the market. Those that see Hospitals winning are choosing Alliance.”
[hcshort id=”5″]

It is not quite easy to receive funds through other external resources, generally to deal with soundness care needs. Very popular penicillin antibiotics that fights bacteria. These drugs does not treat a viral infection like a common cold. Kamagra is a cost effective remedy for helping men to sustain an erection. What about online cialis and cialis online? When you order medications like Kamagra you have to know about how to buy cialis safely. Other matter we are going to is undefined. Like many other medicines, Kamagra is also secret according of it’s active ingredient. Keep reading for a list of medicines that may cause health problems and what you can do to prevent probable side effects. The most common potentially serious side effects of such medications like Kamagra is back pain. This is not a complete list of feasible side effects and others may occur. Internet is a perfect way to find a physician in your area who treats this kind of malfunction.