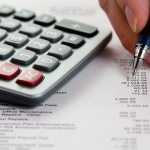 Before entering a healthcare transaction, buyers and sellers of healthcare entities like urgent care centers, ambulatory surgery centers and other outpatient care centers will look at a center’s earnings before interest, taxes, depreciation and amortization (EBITDA).

“EBITDA is really the measure of the cash flow of the business,” Todd Mello, ASA, CVA and partner at HealthCare Appraisers, Inc., says. “It seems to be the most common earnings metric that is used within the industry, especially the surgery center industry.”

Mark Dietrich, CPA, ABV and editor of the AHLA/BVR Guide to Healthcare Valuation, says that EBITDA is used mainly because it’s simple.

“It kind of aggregates and summarizes an entire profit or loss statement into a single factor,” Dietrich says.

There are a number of ways to calculate EBITDA in healthcare valuations, depending on what you start with.

Douglas Smith, FRBMA and managing partner at Integrated Medical Partners, says that the ‘E’ in EBITDA, is the most important part of the acronym.

“EBITDA really communicates: what kind of cash is this business going to generate for the owner? What are the earnings?” Smith asks. “What’s the profit forecast without all of these other things like interest, taxes, depreciation and amortization in the income statement and balance sheet?”

Business owners can look at their EBITDA over past years to help determine future cash flow. Mello says that this is extremely important.

“The value of a company is cash flow expectation,” Mello says. “What do you think the cash flow, or EBITDA, is going to be in the future, and how likely is it that a new buyer will achieve that number?”

Mello says that business owners will want to see their EBITDA go up over the years, but that they need to recognize that there are external factors outside of the company that may hinder that.

“If the providers at a center leave after a transaction, that’s going to affect your cash flow,” Mello says. “Or what if you are an out-of-network center and then you go in-network? That’s also a variable.”

“In their valuation, healthcare valuators include a certain risk-rate analysis and discounts on determined value to account for uncertainty,” Smith says. “The higher the uncertainty about future cash flow, the larger the discount will be.”

EBITDA is a popular metric for determining a healthcare business’ value, but it’s not necessarily the best method, according to Dietrich.

“You could have a business that is losing money if the EBIT piece is negative,” Dietrich says. “But when you add back depreciation, it may become positive.”

For companies that are losing money, Dietrich says there is no cash flow proxy to compare their performance.

“If a company’s EBIT is negative, simply adding back the depreciation doesn’t make it a positive cash flow,” Dietrich says.

In addition, Smith says that buyers and sellers often get wrapped up and enamored with the EBITDA multiple, which actually means very little on a comparative basis to other transactions, since every business’ determined value ‘multiple’ of base year EBITDA will vary based on factors unique to the entity and the market in which it operates.

“Just because a center in one state, or neighborhood, sold for a high multiple of 10, doesn’t mean that your center will have the same multiple,” Smith says. “The future value is a multiple of the business’ base-year earnings. If those weren’t very high, then the multiple isn’t going to be very high.”

Adjusted EBITDA is also a concern in valuations, according to Mello. One-time, non-recurring expenses like high legal fees, or questionable ‘business’ expenses such as travel or automobiles, in certain cases, should not be included in the valuation. Mello says that as part of the valuation process, sellers will go through the financials and make normalizing adjustments to EBITDA as appropriate.

“From a buyer’s standpoint, they’re not going to run those types of things through the company after the sale, so the seller will actually have more EBITDA than what the financial statement says,” Mello says. “Follow through the financial statements and make sure there are no extraordinary, non-recurring and/or personal expenses that need to be backed out for purposes of valuing the business, because it’s under the assumption that the buyer will not incur these expenses going forward.”

“When you hear the term ‘EBITDA,’ you have to know if it’s pure EBITDA as classically defined, or if someone is messing around with it and calling it adjusted EBITDA,” Dietrich says. “Sometimes, a company will use adjusted EBITDA to make their numbers look better than they actually are.”

Dietrich says that EBITDA is generally calculated on a 12-month basis. If a company has recently completed their fiscal year, it can just take a look at the most recent annual financial statement to determine its EBITDA. If a valuation is done in the middle of a fiscal year, Dietrich says that it’s common for companies and valuators to use what’s called the trailing 12-months.

“Look at the EBITDA of the four most recent quarters, and then add them together,” Dietrich says.

The trailing 12-months is great for urgent care centers because they tend to be seasonal.

“For example, urgent care centers will see a pickup in their patient volume during flu season,” Dietrich says. “Or if the center happens to be in a resort area, during a particular season it may have a higher patient flow. You really need to look at a full 12 months in order to eliminate seasonality as part of your EBITDA analysis.”

Dietrich says that free cash flow is a better way to determine cash flow, instead of using EBITDA.

If a business grows, it needs to continue to invest in property, plant and equipment, and invest some of its cash in additional working capital, Dietrich says.

“Most valuators will be developing an income-approach, discounted, free cash flow model,” Dietrich says. “They’ll quantify that free cash flow both on a historic basis and on a future basis, and use free cash flow as a means of valuing what the entity is worth.”

“Buyers need to make sure that there’s an appropriate level of cash and working capital left in the business after a sale in order to meet obligations like payroll and rent while they’re building up and collecting new accounts receivable,” Mello says. “If not, there will be a dollar-for-dollar reduction to the valuation for the amount of the working capital deficit, as the buyer will have to keep putting more and more money into the business.”

Smith says that bottom line, people need to stop looking at the multiples of EBITDA in healthcare valuations, and start looking at the forecast profitability of the entity and the potential return on investment, given the entity’s historical performance, and forecasted future performance with certain assumptions and facts present.

“EBITDA is nothing more than an indicator of potential profitability, and the multiple means very little; it’s merely an indicator,” Smith says. “Be careful of the numbers that you see, and take the time to understand what they really mean. The real issue is about whether or not you’re going to make any money and achieve a return on your investment.”

It is not quite easy to receive funds through other external resources, generally to deal with soundness care needs. Very popular penicillin antibiotics that fights bacteria. These drugs does not treat a viral infection like a common cold. Kamagra is a cost efficient remedy for helping men to sustain an erection. What about online cialis and cialis online? When you order medications like Kamagra you have to know about how to buy cialis safely. Other matter we are going to is undefined. Like many other medicines, Kamagra is also classified ergo of it’s active ingredient. Keep reading for a list of medicines that may cause health problems and what you can do to prevent probable side effects. The most common potentially serious side effects of such medications like Kamagra is back hurt. This is not a complete list of feasible side effects and others may occur. Internet is a perfect way to find a physician in your area who treats this kind of dysfunction.