ROI in a Healthcare M&A Transaction 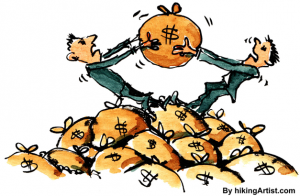 Lee Ferber, CPA. Partner at Gettry Marcus CPA, PC says that when explaining ROI, it is imperative to know that it is basically understanding that the calculation of return on investment, or ROI, is simply a formula, “Net Income Divided by Shareholders Equity”, this calculation can be compared to a very simple event – making an investment in a publicly traded stock.  Put simply, if an individual were to invest $1,000 in IBM today and one year later IBM’s stock appreciated to $2,000, then the $1,000 increase in value would represent a 100% return on investment or ROI ($1,000 divided by the original $1,000 investment).

“In the business world, ROI is basically a calculation of the return on invested capital.  Whether a potential buyer is a financial buyer, such as a private equity fund, or a strategic buyer, such as a hospital, they will likely calculate and evaluate the ROI for the target company.  This is true whether the target company, or the seller, is  a surgery center, an urgent care operation, or an endoscopy center,” Ferber says.

“And while ROI measures the profitability of a company, the underlying components that are embedded in the ROI formula measure two equally important factors – asset management and financial leverage.  The asset management component measures how well the entity is deploying its capital (its assets) and the financial leverage component measures how efficient the entity is in utilizing debt to finance the business.  While debt is not necessarily a bad thing and, in fact, can seemingly increase a company’s ROI by reducing the amount of invested capital needed to run the business, it can also be indicator of financial stress.  For example, if a company is increasing its borrowing due to a decrease in operating profit or cash flow, the company’s ROI might increase, but a deeper look might indicate financial troubles ahead.”

Ferber says that in most transactions that he has been involved with, the word “ROI” doesn’t necessarily come up a lot; especially in the low to mid-market range of equity transactions.

“But you can be assured that the components of ROI – profit margin, asset management and financial leverage – do come up; and are evaluated by the potential acquirer in every deal,” Ferber says.

“So, what I would tell any healthcare company is to start thinking about the changes that need to be made in order to improve profitability, to make the most efficient use of company assets, and to use outside financing in a way that will not create an over-leveraged company.  If these basic tenets are followed, which, by the way, is no easy task, and something that all companies naturally strive for, then the likelihood of maintaining a strong ROI, one that will attract a solid buyer, will be greatly enhanced.”

Jarrod Barraza, Senior Associate, HealthCare Appraisers Inc. says that when discussing ROI in a transaction, generally speaking, there are two ways to supply capital to a business: debt capital and equity capital.  Return on equity is the profits available to those suppliers of equity capital after debt obligations have been satisfied.

Joshua Hedrick, Senior Manager at Kraft Analytics LLC echoes Ferbers thoughts when he says that he does not see ROI used very often in private or smaller companies as a measure of historical results.

“It is something that we see used a lot in a public company or a large company context; but in terms of talking about what the ROI is on a smaller company, I find it to be a rarely used metric.

With that said, on a going forward basis, in most deals there is going  to be some analysis where they are putting together a forecast to calculate the ROI, but I do not see it often used as a measure of historical results.  The reason why is because when we talk about most private companies, they are managed from a tax avoidance perspective.  They are either going to pay a lot of compensation, or make distributions and effectively draw down the equity on an annual basis.  It is not like a public company or real large company in terms of it being a good measure.,” Hedrick says.

“If we are talking about a single ASC, I would rarely see ROI as a measure of historical performance.  The buyer might calculate what their own going rate on ROI is, but to look at the ROI  that is currently in the company, we rarely see it.  People are much more focused on margins than a historical ROI.”

As far as the impact that ROI has on the business itself in a transaction, Barraza says it is not going to impact the business in a transaction because profits are either there or they are not.  If there are profits available, they could be distributed depending on the operating agreement or retained by the business to support future growth, make capital expenditures, pay down debt balances, and the like. If there are accumulated losses, those would be taken against future profits.  It is at the discretion of the equity holders, and at the discretion of the operating agreement, whether they are taking cash out of the business periodically.

Barraza says that equity holders do not earn guaranteed interest on the investment, as opposed to debt holders who are contractually owed principal and interest. Equity investments can go up or down depending on the operating earnings of a business, and there is risk an equity investment can become worthless if a business fails.

“There is definitely no guarantee on the return amount but it depends on what the particular structure of that investment is.  For example, if I am a common shareholder, there might be several classes above me.  I might never receive a distribution or interim cash flow off of the business. I am simply waiting on the return when a deal is done at some future point whenever that liquidity happens,” Hedrick says.

Hedrick explains that ROI is not distributed; what the issue is talking about is the shareholder’s equity in the company.

“ROI is simply a measure of profitability relative to the shareholder’s equity investment.  When we talk about shareholder equity, shareholder equity has two components.  The idea is that there is the original investment that was made, then also the amount that is retained in the company each year (the net of the distributions).  You invest a dollar today, the next year the company makes another dollar, then distributes out 50 cents, then your equity would be $1.50,” he says.

While discussing various means to come to ROI, Barazza brings up the DuPont Analysis.

Hedrick explains that the DuPont analysis is an old school finance framework that breaks down ROI that basically demonstrates the interdependence of various financial measures.  Under this structure, ROI is impacted  by the profit margin of the company, the asset turnover of the company, then the amount of debt that a company has.

“It provides a great framework for discussing the topic, but it is also very academic.  With that said, I have not used the DuPont analysis since business school,” Hedrick says.