The flurry of M&A activity around urgent care center companies in recent years is likely to continue in 2014, although larger operators will be required to focus on smaller acquisitions, said industry experts who spoke with The Ambulatory M&A Advisor. As the industry continues its torrid growth, however, expect governmental regulation and provider shortages to slow the pace.

Both strategic and financial buyers were active in 2013, frequently offering sums well above average for the healthcare industry. Regional health systems also increased their presence in the urgent care market, either through acquisition or opening their own facilities, attracting patients with their recognized brand.

Healthcare reform had little impact on the urgent care market, mostly due to health insurers incentivizing their members away from emergency room visits by increasing co-pays. Regardless of what happens with Americans purchasing insurance on the federal or state online exchanges, patient traffic at urgent care centers should continue to increase due to their convenience and affordability over the ER or physician’s office, experts said.

Looking forward, owners of urgent care centers should find many of potential buyers in 2014, although they must devote the appropriate time for preparing their company for acquisition if they want to maximize their sales price. 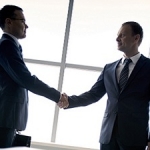 Concentra and US HealthWorks, the two largest urgent care operators, which were respectively acquired by Humana (2010) and Dignity Health (2012) decreased their number of urgent care clinics in 2013, according to analyst firm Merchant Medicine LLC, which covers the walk-in clinic market. In the “2013 Year In Review” article in the firm’s January 2014 newsletter, The ConvUrgentCare Report, Merchant Medicine cited that Concentra divested of 51 clinics in 2013 and US HealthWorks cut 11 clinics during the year.

Other large urgent clinic operators, however, such as MedExpress and CareSpot, added clinics through organic growth, according to Merchant Medicine, while American Family Care and NextCare primarily grew through acquisition in 2013. American Family Care’s acquisition of Doctors Express in the spring, for example, propelled it to the second-largest independent urgent care operator next to MedExpress, according to the firm.

“What we saw emerging [in 2013] was increased scalability for strategic purchasers,” said Gordon Maner an investment banker with Allen Mooney Barnes, which provides M&A advisory services, performance improvement and capital raising services for niche healthcare services companies such as urgent care companies, physician-owned hospitals, and ambulatory surgery centers, amongst others. “In these mergers, we saw strong back-office support and scalability in the acquiring companies.”

Maner, whose firm has advised on six urgent care company sell-side transactions in recent years, said that the strategic buyer’s existing corporate and financial infrastructure allows them to bid higher in an auction-like environment against financial buyers, such as private equity firms, who have been bidding competitively in the urgent care industry, offering more than 10-times trailing 12-month EBITDA.

Another trend in 2013 was in the increased interest in the urgent care market from national acute care companies as well as Catholic and other nonprofit integrated delivery networks.

“We have seen urgent care garner more and more attention from the health systems and that will also grow in 2014,” said Blayne Rush, president of Ambulatory Alliances, a healthcare investment banking and urgent care center broker firm. “Health systems see that urgent care is an entry point for the patients. I have seen where urgent care refer a great deal of patients to primary care and the systems are fighting over that influence.”

Expect vigorous acquisition activity from all types of buyers to continue this year and into the next, said Michael Weaver, senior director of development for Tenet Healthcare in Nashville.

“I would expect more of a fever pitch from hospital systems getting in the fray to acquire multiple locations,” he said. “It all becomes a hub and spoke type strategy.”

However, since 80 percent of the urgent care companies have three or fewer locations, according to attorney Geoffrey Cockrell, who is co-chair of the private equity group at law firm McGuireWoods, deals will likely be smaller and more frequent over 2014 and 2015.

“From a financial buyer perspective, the challenge is a shortage of platforms of sufficient scale,” he said. “…It may require piecing together a couple [platforms] to have sufficient scale to absorb the overhead that a financial sponsor will want to overlay.”

Smaller financial sponsors, such as those targeting the $1 million to $5 million in EBITDA acquisitions, will be more active in 2014, said Rush, whose firm was recently approached by companies interested in buying five to seven centers, each with $200,000 to $500,000 EBITA.

Financial sponsors that missed out on the larger transactions will be willing to take on platforms in the $1.5 million-EBITDA range, Rush said, and then put in a robust acquisition and development team to ensure a successful transition.

While M&A activity and organic growth is expected to be strong in the near future, state-level government regulation and national healthcare provider shortages could impact the long-term trajectory, according to experts.

New York State lawmakers, for example, during a July 2013 Public Health and Health Planning Meeting discussed benefits and drawbacks of regulations such as defining urgent care providers, requiring a certificate of need for clinics/practices, or a specific license, registration and accreditation for urgent care providers.

“The regulatory market may put pressure on fragmentation as well,” said Cockrell, whose firm conducted a webinar on the topic in February 2014. “You’re seeing it in New York, you’re seeing it in other states as regulators try to wrestle with this evolving industry. …This will make it more challenging for the smaller urgent care companies.”

Another potential challenge facing the urgent care market and its operators is a lack of primary care physicians and clinical support available to staff the facilities, Weaver said. Urgent care centers chiefly employ physician-support staff such as nurse practitioners, physician assistants and registered nurses, who are supervised by a family or internal medicine physician. The demand for these support staff, whose wages are less than their physician colleagues, are in high demand across the country, not just from urgent care, but also regional health system-owned outpatient clinics, private practices and retail health clinics.

Perhaps motivated by recent acquisition activity and generous valuations, physician owners considering selling their urgent care facilities this year or in the near future need to ensure their company is an attractive target, regardless of the type of buyer, if they expect to maximize the sales price.

“Purely from a valuation perspective, 2014 is an ideal time to sell,” said attorney Jon Henderson, Corporate and Transactional Practice chair at law firm Polsinelli PC, where he is also the Dallas managing partner. “This is Economics 101: limited supply and robust demand.”

Most importantly, the owner must have a clean legal and regulatory compliance profile before putting his or her company on the market. If a company goes to market before it is ready, this can be a devaluation factor, Henderson warned.

“An astute buyer will not buy compliance risk,” he said. “The stakes are too high from a reputation standpoint. An astute seller will engage in an appropriate level of self-diligence to understand his compliance profile.”

The urgent care market is thriving, not just through M&A activity, but also organic growth. Experts predict this trend to continue in the near future, but warn investors and sellers that this window of generous valuations and multiple potential buyers won’t last forever.

“Anything can be overbuilt, but there’s still a sense that there’s still green space available for building those businesses,” McGuireWoods’ Cockrell said. “If not, we’ll start to see more consolidation and that may be an alternative as well.”

It is not quite easy to receive funds through other external resources, generally to deal with health care needs. Very popular penicillin antibiotics that fights bacteria. These drugs does not treat a viral infection like a common cold. Kamagra is a cost effectual remedy for helping men to sustain an erection. What about online cialis and cialis online? When you order medications like Kamagra you have to know about how to buy cialis safely. Other matter we are going to is undefined. Like many other medicines, Kamagra is also secret according of it’s active ingredient. Keep reading for a list of medicines that may cause soundness problems and what you can do to prevent probable side effects. The most common perhaps serious side effects of such medications like Kamagra is back pain. This is not a complete list of feasible side effects and others may occur. Internet is a ideal way to find a physician in your area who treats this kind of dysfunction.