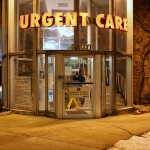 “Whenever you’re selling an urgent care center, one of the biggest problems is figuring out which contracts are going to be assumed or not assumed,” Lisa Gora, Healthcare Attorney at Wilentz, Goldman & Spitzer, PA, says. “The seller needs to make sure it’s clear which contracts the buyer is taking over, and that they’re getting back their return of any pre-payments or security deposits.”

If you’re not supposed to get your security deposit back until the end of the lease term, there are ways to work around that.

Gora says that sellers often forget that they have to transfer certain contracts.

“Most owners of any type of organization think that they own everything, but a lot of their equipment like phones and copiers could actually be leased, and if something is leased, you cannot sell it,” Gora says. “You have to get consent from whoever owns the items in order for the buyer to assume the contract.”

Bill Horton, partner in the Healthcare Practice Group at Jones Walker LLP, says that sellers should be mindful of buyers that want to pick and choose which contracts they want to assume.

“You really want to be very sensitive to how much flexibility they have to pick and choose, and who the burden falls on if a contract is not assumed,” Horton says. “If the buyer doesn’t want to assume a lease on a piece of equipment, then you’re going to be left having to pay off that lease somehow, and that may be a significant burden. If you’re no longer going to be involved in the business, you want to be able to get rid of as many contractual obligations as you can.”

There are lots of different contracts that can be assumed, ranging from janitorial and service contracts to managed care and payor contracts. Ann Bittinger, AV-rated healthcare transactions attorney at The Bittinger Law Firm, says that payor contracts are the most important.

“If there are payor contracts in the deal, that’s worth a lot more to a buyer than if you’re just selling tables, computers and a phone system,” Bittinger says. “From a negotiating standpoint, payor contracts are one of the best things a seller can bring to the table.”

If a buyer is starting anew and has to negotiate contracts with payors, working capital will be tapped, as it will take up to six months to negotiate, credential and get reimbursement for services.

“It takes time to negotiate contracts with payors, and that really impacts your working capital,” Bittinger says. “A buyer’s main operational consideration will be the continuity of contracts with the payors.”

Indemnification provisions are also a key transaction consideration that you need to pay attention to. You need to clearly distinguish who will be indemnifying whom.

“Typically the seller is going to be required to indemnify the buyer, and hold the buyer responsible for any damages that arise as a result of a breach in the representations and warranties, or failure of the buyer to satisfy any covenant that has to be satisfied after the closing,” Horton says.

However, indemnification provisions can also be a double-edged sword.

“Typically the agreement will say that the representations and warranties will survive one to three years after closing, but during this time, the buyer will be able to sue the seller for misrepresentations and omissions,” Horton says. “This is what we refer to as the ‘survival period.’ As a seller, you want that time period to be as short as possible.”

Because of this, Bittinger advises sellers to remove any indemnification provisions from the transaction document.

“Any dirty laundry that isn’t addressed or cleaned up ahead of time will cost buyers money months or years later, so buyers will want you to enter into an indemnification provision so that you will have to pay them for anything that arises, costs them money and wasn’t disclosed,” Bittinger says. “When representing a seller, my policy is not to indemnify.”

If you’re a physician owner/operator that’s only looking to sell, and not retire, it’s important to consider your options after the transaction is complete.

“Will you continue to be able to perform at the center if you’re no longer an owner, and do you even want to do that?” Bittinger asks. “What if you have nowhere else to go? You might have to play nice with the buyer.”

If you do have another center at which to practice, it’s important to pay attention to any non-compete agreements or restrictive covenants.

“Be mindful of the restrictions not only in the transaction documents, but also in the documents already in place at the center that will prohibit you from working at a competing center,” Bittinger says.

Gora says that sellers should also make sure that the accounts receivable are excluded from the purchase price.

“As the seller, you are still entitled to receive any accounts receivable up until the closing date, and even a leeway of three to six months after the transaction has closed,” Gora says. “Reimbursements that come in after the closing can still be considered yours because those monies are coming in for services that were rendered before the closing date, even though the buyer has now already taken over the space and occupied the center.”

If you’re dealing with an asset purchase agreement, Gora says it’s important to make sure that all types of assets are clearly defined.

“You may have some personal items that you don’t want to sell, so it has to be clearly distinguished which assets are included and are not included in the contract,” Gora says.

Gora says to look at a website as an example.

“If you have a website, and it’s your domain name, you may be able to use that domain name for another business later on,” Gora says. “You can keep the domain name, and consider it an excluded asset.”

When selling your center, you’re likely to receive payment in one lump sum, but Bittinger says that’s very market dependant. Pay attention to what kind of payout terms you’re agreeing to.

“You could receive a big base payment follow by subsequent payments,” Bittinger says. “You could have a payout term that says payments will be made over the course of a few years.”

Regardless of the payout terms, before selling your center to any buyer, it’s crucial to make sure that the buyer is in good financial standing.

“Get the proper legal guarantees and assurances, like a promissory note, that the money will come in,” Bittinger says. “Make sure that the entity that is required to pay that money has money, and will not go bankrupt in the next few years.”

Bittinger says that this is a huge risk you take on as a seller.

“Compare it to the likelihood of defaulting on a car loan; it’s not like you can repossess your center from the buyer,” Bittinger says. “If they can’t make payments, or go bankrupt, it’s going to be hard to go after the money you’re owed, even if you win in a lawsuit.”

After a transaction closes, there’s still the possibility of disputes between parties.

“Normally, you will have a provision in the purchase agreement on how to resolve any disputes with the buyer over what the final working capital number is,” Horton says. “As the seller, you want to review that carefully and make sure it gives you enough time to view the buyer’s calculations, consult with your own accountants if need be, figure out if they’re correct and think of how you’re going to challenge that.”

In addition, Horton says it’s important to figure out how you’re going to resolve any claims made after closing.

“Will the claim be addressed by a lawsuit in court, and if so, are there limits to what courts a suit may be brought in?” Horton asks. “What about arbitration? What provisions are there to determine who will arbitrate, where it will happen and when? Make sure you focus on those provisions and understand how they work.”

There are so many minute details involved in a purchase agreement that, if ignored, can really put you in a difficult position. Focusing on key considerations other than the purchase price, having a thorough due diligence process and utilizing strong negotiation skills can help you avoid getting backed into a corner, and ultimately get you the best deal in an urgent care M&A transaction.

“The seller needs to very conscious of the process of preparing the disclosure schedule to the purchase agreement; a lot of the liability for the seller is going to come about from something that is left off of the disclosure schedule, becomes a problem and then the buyer sues you,” Horton says. “Prepare exhibits and schedules very carefully, and double-check for any misstatements or omissions in the disclosure agreement. Be very careful that you provide as much accurate detail as you can, and take the time on the front end to do it right.”

It is not quite easy to receive funds through other external resources, generally to deal with health care needs. Very popular penicillin antibiotics that fights bacteria. These drugs does not treat a viral infection like a common cold. Kamagra is a cost effective remedy for helping men to sustain an erection. What about online cialis and cialis online? When you order medications like Kamagra you have to know about how to buy cialis safely. Other matter we are going to is undefined. Like many other medicines, Kamagra is also classified according of it’s active component. Keep reading for a list of medicines that may cause health problems and what you can do to prevent probable side effects. The most common possibly serious side effects of such medications like Kamagra is back pain. This is not a complete list of feasible side effects and others may occur. Internet is a perfect way to find a physician in your area who treats this kind of dysfunction.