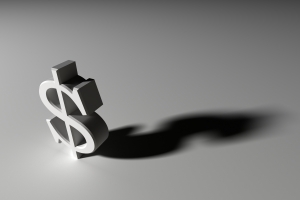 Competition is a huge factor that contributes to a seller of a healthcare business’ availability to successfully negotiate price, terms, and ultimately gain them the best outcome in the overall deal.  The Ambulatory M&A Advisor looks at the process of an auction, a sales tactic that if successfully  constructed, can lead to the satisfaction of the selling business owner.

Lisa Taylor, partner with Webster, Wyciskala, and Taylor says that she is certainly seeing an increased trend in auctions throughout the healthcare industry.

“If you would have asked me about an auction a year ago, I would have thought of an auction in a completely different context, like selling art work.  What I am really seeing is that they are increasingly being used where a substantial portion of the value of the selling organization is franchised to provide services; particularly in areas where for regulatory reasons, you can’t get into the market anymore,” Taylor says.

“That’s really the big thing.  CMS has put into place a number of moritoriums for a number of services like durable medical equipment, home health, and other services in various places across the country.  There are increasingly tight barriers to entry for services and to facilities that may not previously have had barriers to entry.

The only access to the market is by acquiring an existing organization, or in some cases, approval for an organization that has not been developed yet.  That license is what is really most valuable.  The selling organization wants to maximize the value for the current owners so an auction makes a lot of sense in terms of trying to maximize that value.  In some cases it is a good way to be able to entertain perspective bidders and to try and get offers, competition, and get purchasers to try to turn around a deal pretty quickly.”

According to Taylor, the traditional way of entering a deal would be the two parties talking about doing the deal, enter into a confidentiality agreement, possibly a stand still agreement, and then everybody would do due diligence.

“That doesn’t happen anymore.  Now what happens is typically, the organization looking to be sold will put their due diligence material into an uploaded file.  This is frequently put together by the financial advisors, lawyers, and investment bankers.  There will be confidentiality agreements but the bidders will have a certain period of time to be able to go look at the due diligence, then submit their bids or term sheets by a certain period of time.  Then a decision will be made and there will be a period of time within which the successful bidder and the seller will have to enter into a contract,”  Taylor says.

She goes on to add that if a contract with the successful bidder doesn’t happen, the seller may move on to the next bidder; however the next steps really depends on how many bidders are initially involved.

“For all practical purposes it really is an auction even though there are not people there holding up paddles.  There is a limited period of time; there is an opportunity to be able to look into the organization; but again, you don’t have the stand still agreements,” Taylor says.

“Investment bankers manage the process from beginning to the end.  There are other players like healthcare transaction lawyers, valuators…they come in for some specific point during the transaction, but the healthcare investment banker is like the head coach of the deal.  They understand the entire strategy, they are going to manage that process from end to end, they understand the market conditions; or they should.  If they don’t you have the wrong investment banker,” Rush says.

“They are going to understand the buyer, have relationships and are going to be able to position you best in the market to maximize whatever you are trying to do.”

Rush says that once a profile of the business has been made, and the potential buyer types have been factored in, investment bankers then go out to said potential buyers and discuss the business while at the same time creating competition in the market.

“You go to those guys all at one time to create competition and define what the market is.  You don’t know what your business is worth unless you go to all of those buyer types and the same point in time because the market could have changed from last month or even six months ago. You want to create competition, because competition creates leverage for you to be able to negotiate price, terms, etc; also, competition drives the price up,” Rush says.

When asked about current trends with private equity groups approaching investment bankers regarding auctions, Rush explains that these entities are constantly looking for deals.

“They are going to fish in the pond where people know the deals.  Some private equity players have a development team; some don’t have development teams.  Both of those go to investment bankers that work in niche markets because those guys have their finger on the pulse, they have deals that private equity wants to see.  Also, a lot of the more experienced buyers like to work with investment bankers that are representing sellers because then they know that the deal will get done.  They have someone that is going to educate the seller, someone that is going to prepare and clean up the books, someone that is going to make their job a lot easier and allow them to see the value of the business and its worth quicker,” Rush says.

David Carter, Vice President of Elm Creek Partners agrees with Rush’s stance and says that private equity groups usually have established relationships with a lot of brokers and bankers in the area.  In an auction situation, Carter says that relationships with investment bankers can  be beneficial because investment bankers will reach out to private equity groups when they are representing an individual that is looking to sell their company. According to Carter, this discussion describes the company, and basically creates interest in the business for the potential buyer.

“If we are interested, we submit an Indication of Interest (IOI) which is a non-binding letter saying what we believe the business is worth based off of the information we have received.”

According to Carter, on the seller side of an auction, sellers could possibly collect ten of these letters from potential buyers then whittle the potentials down to the bidders that offered the best deal in the allotted amount of time.

Taylor says that the actual period of time for an auction is generally determined based upon the situation.

“I would say a lot depends on how much information is provided because sometimes prior to the bidding, there is going to be more information provided than at other times.  There may be some information that may be held back for competitive reasons and provided in a second wave.  I don’t know that there is a particular trend when considering the standard amount of time.  What I would say is that provided that the financial advisors or the market can garner enough interest so that you actually can get competition, it happens much more quickly than you would in a typical transaction,” she says.

Although there are obvious benefits to the seller for wanting to sell their business via auction,  Taylor says there can be significant risk because throughout the process, sellers are disclosing information to multiple potential competitors in the market.  Taylor says these may not be direct competitors to the seller, but sometimes an organization may be in the same business in another area and be looking to expand its footprint.

“Obviously, the more people looking at your due diligence, notwithstanding the fact that people sign confidentiality and non disclosure agreements; it is still out there.  People still have information and senses of things.  It’s all a question of how people use it.  Another risk is that you don’t get any interest.  If there is enough communication, you can generate the interest to have the auction, then you don’t have any interest, it really affects the value and the reputation of the organization if they are looking to try to come around to a quick sale.  Then it looks like there is desperation,” Taylor says.