Knowing What to Pay Attention to in the NDA 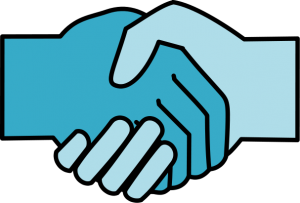 A Non Disclosure Agreement (NDA) is a way for confidential information to be exchanged between two parties in a healthcare transaction.  Trust in the beginning of a transaction is key to ensuring that the deal moves past the early stages.  A properly developed NDA can help build this trust and help the parties understand crucial information to the potential transaction.  The Ambulatory M&A Advisor takes a look at some of the key areas involved in an NDA as well as some common mistakes that can prove to be big issues in the long-run.

“If you are a buyer and you want to buy a target, or if you are a seller and you want to put together a package to sell yourself to potential acquiring companies, there is a substantial amount of financial information, business information and contracts that would be confidential.  Basically, potential buyers want a look and want to determine the value of the company for themselves before they want to put a bid on the table,” Gary Gertler, partner with McDermott, Will & Emery LLP says.

According to Gertler, it is important to describe the transaction for which the NDA is applicable.  The purpose of the NDA is typically to analyze a potential acquisition, disposition or joint venture prior to making an offer, but it also could be more generally about contract negotiations between two parties.

“The reason you want to describe the purpose is to ensure that the confidential information is only used in connection with an analysis concerning the transaction.  You don’t want the receiving party to use it in any other manner.  It’s a way to narrow how that information is used by the potential acquirer,” he says.

When it comes to confidential information, Gertler says another way to narrow misuse of it is to limit the scope of the information that is covered by the NDA.  There would usually be a listing of what type of information is provided. Whether it be patient data, financial data, sales marketing, strategic plans, etc.  Whatever the data is, should be identified and defined as collectively confidential information.

Robert Lundy, managing shareholder of Hooper, Lundy and Bookman says that regarding legal issues with NDAs, there are some unique issues related to healthcare transactions that require special attention when drafting an NDA.

“Let’s suppose you have an ASC being sold and there is information which is PHI, which the buy-entity wants to look at as part of their due diligence process.  Can that be legitimately shared between the two parties without violating HIPAA?  Usually there should be thought in drafting the NDA to have it deal with PHI under HIPAA,” Lundy says.

“A second key area is dealing with the antitrust laws.  It may be that the acquiring party is a competing provider.  They may be competitors in the marketplace.  Maybe it is a merger between two healthcare providers. Usually with merging parties, the one who is acquiring in the merger is going to want to know what kind of rates the other provider charges.  They want to know what the charges are, what the contract rates are under managed care contracts etc.”

According to Lundy, when that kind of information is shared between competitors there is significant risk of violating antitrust  laws.  Usually, that has to be carved out and treated separately.

“Let’s suppose the buyer wants to look at the contracts that the seller has with managed care health plans or insurance companies.  That same buyer has its own contracts with the same insurance companies.  Rather than actually sharing those contracts with the buyer, often those contracts are given to an independent consultant who may be hired jointly by the parties or by one side.  The independent consultant signs a separate confidentiality agreement and is entitled to review the contract rates, the charges, and the billings.  Then they would do a sanitized report to the buyer that would not name the particular insurance companies but would summarize enough information that it helps the buyer get a good sense of the revenue stream and the revenues that are being collected by the target company,” Lundy says.

“Usually the third party is a healthcare expert consultant who understands managed care and insurance rates for healthcare providers.  That’s a very unique situation that we often see because we are starting to see a lot of consolidation within the healthcare industry.  Providers in the same geographic area are affiliating, and there is a risk of price fixing if two competitors get together and share price information.  That has to be carefully dealt with in the NDA.”

Lundy says a third area that should be addressed is sometimes mergers are financed through affiliations with the two parties.

Lundy says in some instances,  a buyer may not go out and get conventional financing from a bank or other lender, but may look for financing from a strategic partner.  It may be that the buyer is going to teaming up with that other healthcare provider and putting together a joint proposal to buy out the target company.

“So, in essence it might be a three way transaction.  You might have one buyer teaming up with another healthcare provider that may be providing the money for the transaction.  Usually any buyer should have a carve out, allowing the buyer to share any financial information about the company they are buying with their lender.  How can you get a loan if you can’t share the information you obtain from the selling entity?  That lender has to evaluate whether it is a fair price, make sure it has solid revenue and cash flow, is running properly etc,” Lundy says.

“The buyer cannot bind themselves to an NDA that prohibits them from sharing that information.  However, if the lender is a big health system funding the buyer, the parties will have to draft an NDA that will allow the buyer to be able to share the information with that strategic partner.”

Gertler adds that there are further legal issues involved in drafting an NDA.  Lundy says if it is  a competitor in the marketplace involved there may be certain competitive sensitive information that for antitrust purposes cannot be provided directly to the potential buyer.

Another important issue to consider is whether to involve a “no shop” or exclusivity provision in the NDA, Lundy says.

“Both the target and the purchaser may have valid reasons to require the other party to agree to exclusive negotiations up front, but whether any particular party, or both, would agree to exclusivity in the NDA will depend upon the relative strength of each party’s negotiating position in the potential transaction,” Gertler says.

Blake Madison, shareholder with Rosen Harwood PA says that although NDAs are usually drafted very specifically and with great attention to detail, there are still some common mistakes that are made.

“I think the biggest mistake that I see is the use of your standard NDA without crafting it to the specifics of the particular transactions that are being proposed, the particular parties involved, and the information that is being shared.  The biggest mistake I see is using the general boiler plate forms.  Everyone thinks that is satisfactory, but they are too broad and too general for today’s transactions,” Madison says.

“One of the other issues you often see not addressed very well in boiler plate NDAs is that of what happens to the information after the negotiations.  Typically, I think if you are the seller, you would certainly want to have the information returned or destroyed.  Sometimes you will see language where the other party will keep that information for a certain period of time under certain confidentiality restrictions.”