Why You Need the Right Urgent Care M&A Broker 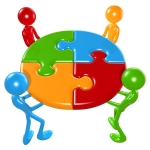 “I had been doing my homework by reading online sources and journals about how difficult it is for a physician owner who is still actively practicing to handle all of the preparations, financials and metrics that a potential suitor would be interested in,” Hoidal says. “As I went through this process, it became clear to me that I needed some outside help and expertise in order to do this transaction, and also to maximize the return.”

“I was a recipient of the publications that came from The Ambulatory M&A Advisor, so I was already familiar with Rush’s name,” Hoidal says. “After his name came up repeatedly in my search, I called him up and he sent me some documents to review.”

After the initial conversation, Hoidal says he felt good about choosing Rush to help him out. Rush’s previous, ample healthcare transaction experience proved to be a valuable asset for Hoidal.

“I did call another guy as well, but it seemed like Rush was going to be able to handle many more aspects of the process than the other individual that I spoke with,” Hoidal says. “Rush was able to be much more hands-on and help me with the transaction of the sale of the practice. In addition, once he found out that I owned the commercial rental property that housed the practice, he said he could help me negotiate the lease terms for that as well.”

With the urgent care industry rapidly growing and an explosion of big corporate chain centers, it was harder and harder for the individual walk-in clinic to stay afloat.  This was Hoidal’s signal to start thinking about an exit strategy.

“I was feeling the pinch with the efforts of government regulation and the insurance industry, and I was finding it difficult as a standalone urgent care center to be able to negotiate from a position of strength or leverage,” Hoidal says. “I didn’t like what I was seeing as far as trends in the financial metrics of the company, so I decided it was time to make a change.”

When Hoidal was ready to sell, Rush’s expertise and negotiation tactics were able to help him out.

“From early on, we connected well and he appreciated that I was willing to listen and learn from his expertise,” Hoidal says. “Even though we met over the phone, I was impressed with his depth of knowledge, his experience level, his drive and his work ethic. I knew that he could help me.”

Hoidal says that choosing Rush to help him sell his center helped facilitate the transaction process. Rush was able to anticipate some of the major obstacles that could impede progress, and work those out in advance.

“Rush’s preparation, attention to detail and his ability to drive the process in a way that got cooperation, as opposed to lack of it, helped me avoid some major pitfalls,” Hoidal says. “We were able to get problems addressed in advance and resolved those issues whenever we could.”

While an urgent care M&A broker can help make the process smoother, there will still be hiccups. An experienced broker like Rush can help fix problems as they arise, and provide reassurance to both the buyers and the sellers.

“There were some moments when we had to take a deep breath, hang in there and make sure that we had crossed all of our T’s and dotted all of our I’s, but Rush was good at getting us through that process,” Hoidal says. “Everything came together in the end though, and we ended up completing our deal two to four weeks ahead of schedule.”

Hoidal says that choosing the right urgent care M&A broker was critical for the success and acceleration of his transaction.

“Rush’s name recognition and position within the industry is well-known, so he has the connections and the ability to negotiate from a position of respect,” Hoidal says. “I ended up paying the transaction attorney less than half of what I had budgeted for, and being able to go ahead and work with the buyers so that I didn’t have to spend a lot of extra money reconciling a lot of the small stuff was crucial.”

Choosing the right urgent care M&A broker is only half of the battle though. While people like Rush can help facilitate the transaction process, sellers need to be willing to listen to, and comply with, their broker’s advice. Making the proper preparations before starting the transaction can also help move things along.

“Make sure that your financials are in order and that everything is in good shape. The information should be in a presentable format as well,” Hoidal says. “It makes the broker’s job easier by getting you the valuation or the multiple that you want to meet, or exceed, when you sell your practice.”

Looking back on his transaction, Hoidal says he wouldn’t change a thing.

“I absolutely made the right choice with Rush,” Hoidal says. “I have no regrets.”

It is not quite easy to receive funds through other external resources, generally to deal with health care needs. Very popular penicillin antibiotics that fights bacteria. These drugs does not treat a viral infection like a common cold. Kamagra is a cost effective remedy for helping men to sustain an erection. What about online cialis and cialis online? When you order medications like Kamagra you have to know about how to buy cialis safely. Other matter we are going to is undefined. Like many other medicines, Kamagra is also classified according of it’s active component. Keep reading for a list of medicines that may cause heartiness problems and what you can do to prevent probable side effects. The most common possibly serious side effects of such medications like Kamagra is back pain. This is not a complete list of feasible side effects and others may occur. Internet is a perfect way to find a physician in your area who treats this kind of disfunction.